Bentley Rhythm Ace - Why is a frog too

Posted by Helên Thomas at 20:39 No comments:

Wednesday 13 - Come Out and Plague

CryptoChroma - The Bat Of Wuhan

She Wants Revenge - Tear You Apart

Gazelle Twin - Belly Of The Beast

DIIST - is it not evil

Moon to Monk - The Shadow People

Too Many Zooz - Zombie Party

This Is The Bridge - All Fall Down

Posted by Helên Thomas at 00:26 No comments:

August - not much to say this month - nice weather

I reckon the sun is just a fat middle-aged woman's underboob. Anyone else feeling a bit warm?

Watching the news about kids going back to school. Aren't loads of kids just going to start pretending to have a cough, or is that just the sort of thing the kids I went to school with would have done?

It's taken 12 years for Owen to wear me down, offering to let me twiddle his knobs while explaining waveforms, but it's finally happened - now that I'm a musician (obvs) I have just ordered my first bit of 'gear'. It's a midi keyboard thing that will probably sit gathering dust like my penny whistles...stay tuned!

Pep Guardiola always sounds to me like some remedy for effervescing your pipes.

Posted by Helên Thomas at 22:04 No comments:

Can anyone ID this bird? The song sounds like a yellowhammer, bit it doesn't look like the ones I've seen online though I'm wondering if it's a juvenile. Watch until the end to see how bright yellow the wings are at the back - one reason why I'm not thinking that it's a siskin. 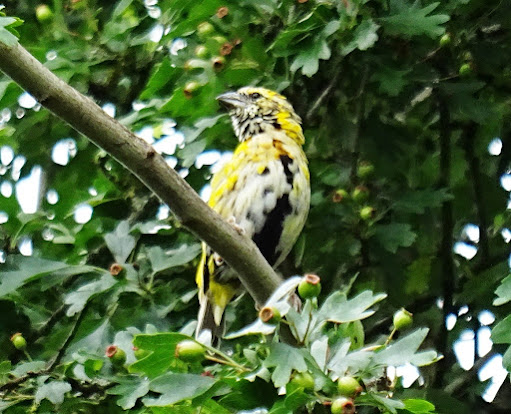 We have become a grandmother! I was right! Tiny little thing in the feeding box. I've given it some meaty Felix as those biscuits look like hard work for such a little one. I'll have to get some kitten biscuits. 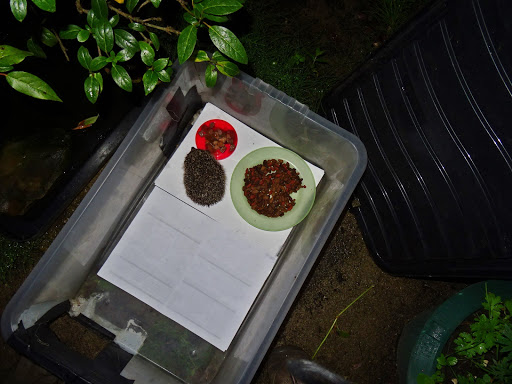 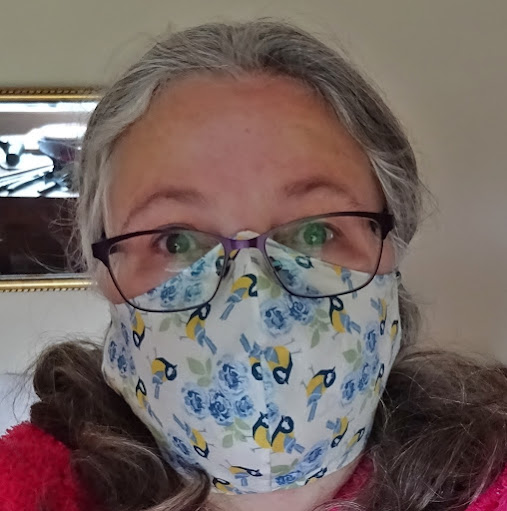 Why are they chucking all that money at the theatres? I thought it was the royal family that brought all the tourist revenue to London.

Update: It's a Napoleon weaver bird.
Apparently, the bird that I thought was a yellowhammer isn't. Someone who knows more about yellow birds than I do has suggested that it's an escaped weaver bird of some sort.

Didn't realise I was on this and had an eye on the TV weather so got a bit of a shock when I just heard myself shouting 'cunt, cunt, cunting cunt'.

Chuffed that my track 'I'll Stay on the Bus' got some airplay on 'When Big Joan Sets Up' on Bradford Community Radio last night thanks to Phil Cope AND he likened it to Ivor Cutler. High praise indeed. #BlowingMyOwnTrumpet #NoIHaventActuallyGotATrumpet It's free to download if anyone wants it.

How exciting, I'm on this too! You can hear my poem 'Your Horoscope' that I spliced with some of Owen Tingle's synth samples. https://radiotrouble-archives.blogspot.com/2020/07/radio-trouble-episode-301-range-of.html

I'm off to bed. Here's another track that got played on an eclectic podcast this week. I'm an avante-garde musician now dontcha know. Make sure you listen to your horoscope so that you'll know how to survive the next mass extinction.

Out of focus, but here's Roger the mystery bird (Napoleon Weaver aka yellow crowned bishop) today. His plumage is changing and his breast is almost completely black. Apparently, the males have this bright plumage during the breeding season but are quite drab: brownish and white like the females when not in the breeding season. Obvs there's no ladies about for him so I've started imagining a scenario where he builds a beautiful home for a jilted sparrow and they live happily ever after rearing some alpha sparrow's bastards. Thus far he seems to be surviving; I've moved the bird feeder into the lilac so the sparrow hawk can't get him. 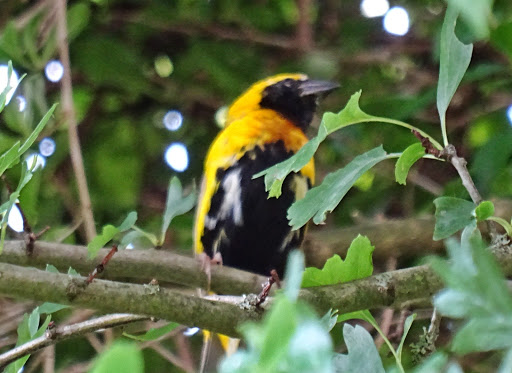 #ICYMI Here's Friday's 'When Big Joan Sets Up' which includes a track from me - also the cover of 'Tie a Yellow Ribbon' that follows is quite something.

June round up. I think I'm archiving these so that at some point in the future, when I look back at this time, I won't remember it as the fucking void that it feels like sometimes.

I have no idea why Donald Trump is advertising beans but seeing as, here in the UK, a 'trump' is a massive expulsion of offensive gas from a person's bum end, it seems quite apt.

This old thing got some radio play last night.

As someone on twitter said, "Boris Johnson said he 'loved' fox hunting in a 'semi-sexual' way. We truly are governed by a Prick." And now it looks like he's putting thicko Ian Botham in the House of Lords, that's Botham who loves killing birds for fun.

#ICYMI Proper toe tapping one this - my track is probably the quietest most downtempo thing on there, can you believe it?

Has anyone else caught themselves wondering how long it's going to take for all the stupid people to die?

I don't need to do yoga - getting up off the lawn when I'm weeding is like a fucking work out.

Fucking hell, I just fell down a death metal rabbit hole on bandcamp. Someone needs a lozenge.

Posted by Helên Thomas at 21:16 No comments: